Organic vs Biodynamic – what does it all mean? 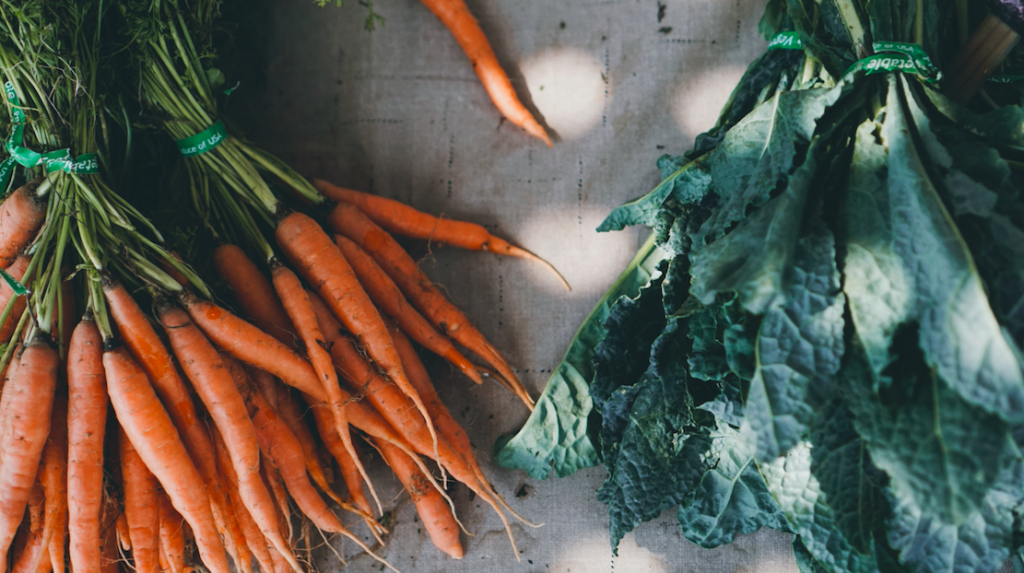 There’s been a buzz about organic produce for quite a while now. The 2017 Organic Market Report produced by the Soil Association highlighted a 7.1 per cent rise in sales,making the UK organic market worth £2.1bn! But what exactly is organic farming? What is biodynamic farming? And why should we care? We have the answers here.

What is organic farming?

Very basically, the general principle of organic production is to produce food of high quality and in sufficient quantity by the use of processes that do not harm the environment, human health, plant health or animal health and welfare. Not every farm can claim to be organic. According to About Organics, ‘organic’ is a word that is also:

…strictly defined by law, and may only be used by producers and manufacturers who are registered with a recognised organic accreditation organisation.

Many of the common organic farming practices include:

As mentioned above, there are a variety of different organisations that can give organic accreditations. These include the Soil Association, OF&G Organic, and DEFRA. This means that farms will be periodically inspected to see whether they are up to the control body’s standard of ‘organic’.

Each body’s standard is different, however. For example, the Soil Association is known for their particularly high standards. While the routine use of antibiotics is not allowed under the EU Organic Regulation, they go further, and explicitly restrict any use of antibiotics. This is extremely important due to the increased threat of human resistance to antibiotics, which put pressure on health care systems. The Soil Association also takes a harder line on the preservation of wildlife habitats than many of the other accreditations. Furthermore, the Soil Association not only certifies food and farming, but also textiles and health and beauty products. In contrast, the Organic Food Federation focuses more on organic processed products, such as bakery, confectionery, and preserves.

Why is organic farming important?

Many of the different organic farming practices have different positive impacts. Some ensure animal welfare. For example, the Soil Association recently updated one of their policies, and now require that chickens and other poultry birds have natural shelter on at least 5% of their range. Practices such as this one also have a positive environmental impact, as it will increase numbers of trees and hedgerows. Furthermore, the reduced use of chemical fertilisers has a major positive impact on the environment. Nitrous oxide, which has 280 times the amount of global warming potential of carbon dioxide compared to methane which has 56 times the potential, is mainly found in soil in croplands and pastures that have been fertilised with artificial chemicals. (You can read more about this in the Saucy Dressings post about the EAT-Lancet report.)

Many organic practices also protect human health, particularly in regards to resistance to antibiotics and protection from toxic packaging. In 2014, ground-breaking research by Newcastle University found that organic is nutritionally different, with some organic crops up to 60% higher in a number of key antioxidants. In 2016, another study found that both organic meat and milk contain around 50% more beneficial omega-3 fatty acids than non-organic products.

To give you a sense of the difference between organic food and conventionally farmed food, the below slide shows how the chromatography of a soya bean differs for each type of bean. And you guessed it…the perfectly round bean is the organic one. At this stage there is so much we don’t know about the nutritional quality of organic versus conventionally farmed produce, but I think this visual gives us a relatively clear picture.

The difference between organic and biodynamic

First created by Austrian philosopher Rudolf Steiner (1861-1925), biodynamic farming is based upon the principles of organic farming, such as not using chemicals or GMOs. According to the Biodynamic Association:

Whereas other forms of sustainable agriculture are primarily concerned with producing food sustainably, biodynamic farming aspires to be transformative and seeks to maximize health and vitality. It thus constantly strives to embrace all life’s processes, to understand them better, and to improve the way we farm through an ongoing dialogue with Nature. For biodynamics, farming is not a means to maximum production, but an ongoing dialogue with Nature. We consider the land we steward to be an ecological web of biodiversity; our role is to nurture this and help it reach its full potential, whilst balancing the needs of farming and growing with those of the natural world.

In other words, biodynamic farmers and growers all use organic methods, but the reasoning behind these methods is a bit more metaphysical and spiritual. They wish each element of the farm to thrive and live in harmony with the others. Of vital importance is also the position of the moon and the planets, which are thought to have an effect on the soil.

Many of their theories are based on the presence of energy either to encourage growth or to restrain growth creating physically limited form. For example, when a leaf grows, it will need more growth energy to start with as it spreads out, but as it reaches full maturity it will need more restrictive energy to ensure that the leaf doesn’t keep growing regardless of the shape and size that leaf should be. Biodynamic farmers see at least part of their role as harnessing the right natural energy at the right time to produce the best (not necessarily largest) yield.

Manure is viewed as a source of growth energy and stored in cow horns underground over winter to help foster growth in crops come the spring, while ground quartz is used as a source of restrictive energy to help the plants slow down towards autumn. Planetary and sidereal energy is used to determine the right times for planting different types of crops. For example, a root vegetable should be planted at a time when the astrological earth energy is strong, while a plant produced for its seed or fruit should be planted at a time when the astrological fire energy is strong. The view is that if the sun can provide important energy to plants, other stars and planets can too, we just don’t know how to prove it scientifically yet. What you can apparently measure is that the level of energy emitted by biodynamic produce is significantly higher than even organic produce.

Biodynamic standards are also much stricter than organic ones. For example, while organic farms are allowed to import organic feed to the farm from anywhere in the world, a biodynamic certification requires 50% of livestock feed be grown on the farm. Biodynamic farms are also required to set aside 10% of the total farm acreage for biodiversity, and strive for a balanced predator/prey relationship.

There are currently more than 5000 biodynamic farms worldwide on over 180,000 hectares in 54 countries. Increasing numbers of UK farms are seeking Demeter biodynamic status each year, with now 98 certified biodynamic enterprises (farmers and growers; vineyards; market gardens; processors and traders).

One of the best examples of biodynamic and organic farming in the UK today is Laverstoke Park Farm. Following the saying ‘you are what your animals eat’, there is a strong focus on healthy soil and grass, which lead to healthy animals. Their buffalo and sheep have extremely high welfare – no growth promoting hormones are used, nor antibiotics administered to any animal. They are also free from the worries of BSE (better known as mad cow disease) and antibiotic residue.

Some of the most well-known biodynamic products are also wines. Laverstoke Park Farm explains that their biodynamic grapes and vines:

…are managed organically and biodynamically with the focus on developing the soil to support the vine. This involves applying Laverstoke’s own compost made on site and regular testing using the onsite laboratory to ensure the correct biology in the soil. There is also regular applications of compost tea to the foliage of the vine and the inter row to assist the vine in its defence against disease.

If you’re interested in sourcing food and drink from Laverstoke Park Farm, you can find them on our food service platform, Tried and Supplied.

How can I ensure that I eat organically/biodynamically?

There are many different ways to ensure that the produce that you eat is organic. First of all, I’d recommend looking for various labels on food packaging. Logos include those from the Soil Association, OF&G Organic, and the Biodynamic Association/Demeter.

As ‘organic’ is a legally-recognised term, it is important to remember that:

About Organics also advises that if you are buying food that is not packaged, but that is still called organic on the shop shelf, such as loose apples, the shop must be able to show you proof of organic certification if you ask for it. For more information, I’d recommend using the resources provided through Organic September! Organised by the Soil Association, it is described as:

…a month-long campaign designed to encourage more people to try organic as a way to promote and educate people about organic food & farming practices.

They have lots of recipes, as well as a whole section that lists restaurants and cafes that have organic ingredients on their menu. We’ve also got more posts about organic restaurants and food coming up on Saucy Dressings!

How to reduce the environmental impact of your disposables?

Disposables are fundamentally not consistent with a sustainable circular economy. Re-use is always the best option, but it isn’t always logistically or safely possible yet.
Domini - Supply chain , Sustainability
Read More

How can sustainability work with profitability in the food supply chain?

The Better Hospitality conference took place over lockdown, and therefore over zoom! For those of you who couldn’t make it, we’re doing a brief recap…
Natasha Wright - Sustainability
Read More