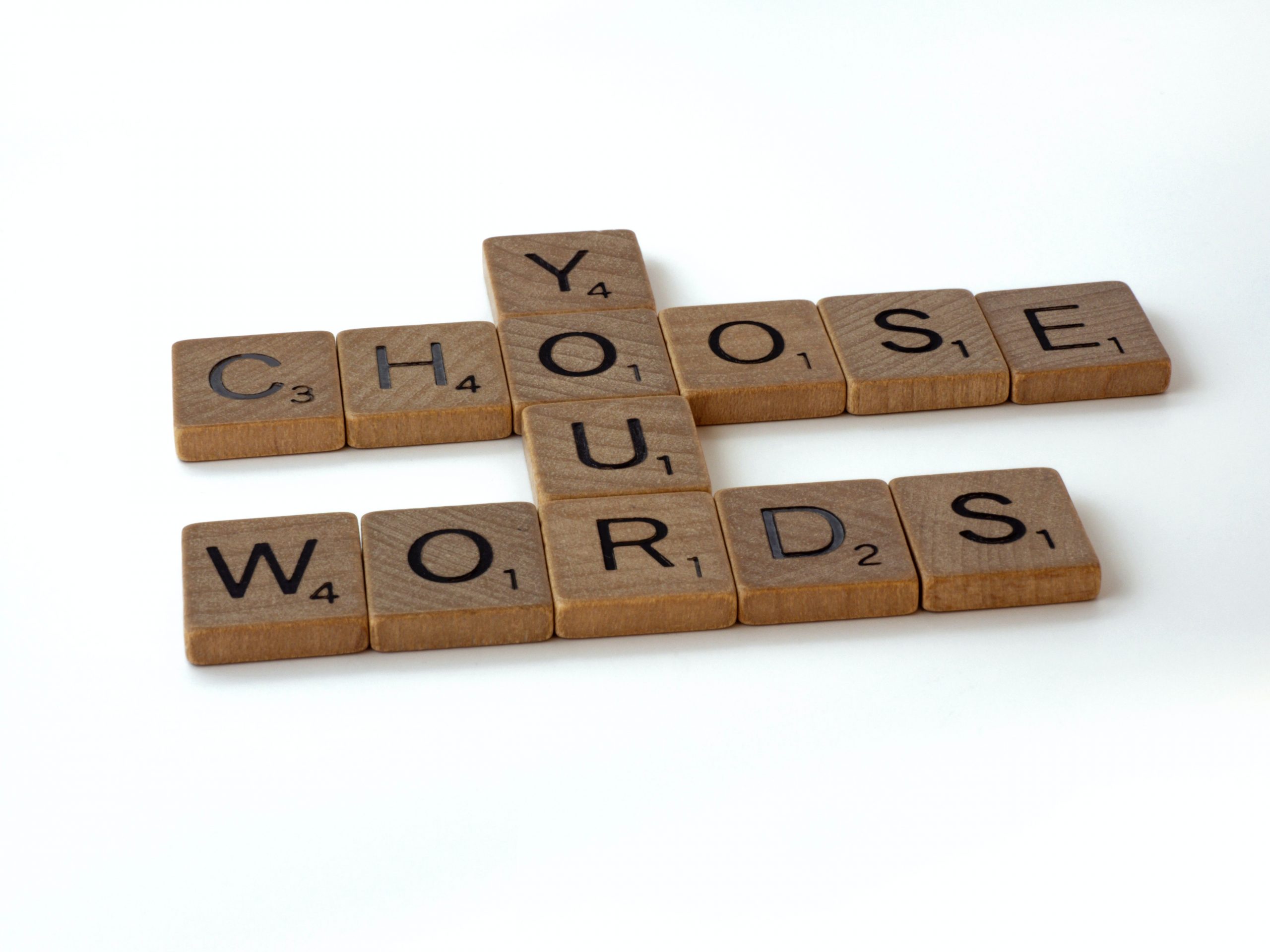 Imagine nature. What does it look like? Where is it? And are you in it?

According to the new Degree of Urbanisation reporting 75.6% of the world’s population lived in urban areas in 2015, and this percentage is growing. By 2100 it is expected that 85% of the global population will be living in cities. I would hazard a guess that, if you live in a city, you didn’t imagine yourself in nature, and the nature you imagined was somewhere fairly distant.

This presents a problem for our future as a sustainable society because the vast majority of us have very little familiarity or understanding of the world we are trying to save. I once tried to put my food waste to good use by starting a wormery in my kitchen. It was advertised as simple, but somehow or other I couldn’t get it right no matter how hard I tried to follow the instructions. In the end, I gave up, embarrassed by my effectiveness as a worm mass murderer.

The problem was that I was unfamiliar with worms. I didn’t understand them or the effects my actions would have on them and they were always out of sight inside a black plastic container, so I couldn’t quickly pick up when things started to go wrong. Perhaps, had it been a transparent container, I would have done a better job, but who wants a vision of rotting vegetables and worms sitting in their kitchen? We aren’t just unfamiliar with worms. Many of us also find them disgusting; hardly helpful when you’re trying to help them survive. I used to dread checking on the worms, because I never knew what I would find or if one would try to escape. But when I was a child I remember playing happily in the garden with worms and whatever else came my way. What happened? Culture happened. And society is responsible for culture.

There is evidence to suggest that culture influences language and language influences culture and that these, in turn, influence the genetic makeup that determines our thought patterns. I won’t go into detail here on how this works as I am not a scientist and will make a pig’s ear of it, but if you want to find out more, read Don’t Eat There Are Snakes by Daniel Everett and research the blossoming field of cultural neuroscience. The point I want to make here is that the way we think is determined at least in part by cultural and linguistic influences. If we’re going to succeed in saving our planet, we will need everyone, not just scientists, to become much more familiar with how it works and how we affect it. We need to develop an ecological mindset, and we are responsible for integrating that ecological mindset into our culture and language. This will make ecological decision-making an effortless norm.

Language is an easy place to start. There are some great examples from race and gender equality and identity where we have already used changes in language to catalyse a cultural shift. Now every time I use a pronoun, I consciously think “it could just as easily be a man as a woman in this role”. So what if we were to apply the same tactics to sustainability?

Our word for nature

Rebecca Hoskin gave a talk at the Oxford Real Farming Conference recently in which she highlighted that our very word for nature is problematic. Travelling as a wildlife videographer she came across many indigenous cultures and often asked them what their word for nature was. Invariably they had a hard time offering a translation, because their cultures perceived nature in a wholly different way. They referred to nature as “other living beings”, their “home”, or “our ancestors”. All these terms indicate a strong sense of belonging and close relationship to the living world. This is in stark contrast to the English word “nature”, which we designate with the pronoun “it” and illustrate our separation from it every time we talk about “going into nature”, “connecting to nature” etc. The ecologist Dr. Charles Kay takes his condemnation of our use of language one step further:

“If I had one term to ban it would be “wilderness”. I think it’s the most despicable, denigrating racist term in the English language.”

Why is “wilderness” a racist term? It stems from an underappreciation of the beauty and careful balance of natural ecosystems and our role within them. When the “civilised” world conquered the “pristine wilderness” of the Americas, they were impressed by its abundance, but they thought the “savages” that lived there had no idea how to farm. The “savages” possessed a depth of understanding and familiarity with their environment. They were able to work with the living world surrounding them in almost imperceptible ways, creating and nurturing habitats to attract food, and growing complementary plants together.

In the book Braiding Sweetgrass Robin Wall Kimmerer describes how Native American Indians have long recognised the power of growing the “three sisters” together: corn, beans, and squash. They discovered that you can plant all three seeds together at the same time and they will naturally complement each other. The corn grows first providing a natural beanstalk for the bean, which then helps fix nitrogen in the soil where the corn has used it up. Finally, the squash grows outwards around the corn sheltering the soil with its sprawling leaves, keeping moisture in and other plants out. Acre for acre, a Three Sisters garden yields more food than if you grew each of the sisters alone. Yet, the naturally chaotic looking result of corn, beans and squash growing together was not appreciated by Western invaders as a highly productive form of agriculture. Time and again they removed the American Indians from their native lands, only to find that even when these supposed “wildernesses” were preserved as National Parks, they deteriorated when the Indians left. The term “wilderness” assumes a lack of civilisation and sophistication, when in fact, we are simply too obtuse and wrapped up in our own arrogance to appreciate it. To this day conventional farmers in the UK point at regenerative farmers and comment on how “messy” their fields look.

Words to fight the planetary emergency

Once we start to question the language we use, we can see how it colours our perceptions all over the place. Even the words we use to fight the planetary emergency aren’t helping. They take our perspective alone, leaving no room for other living beings:

Other terms undermine our appreciation and empathy for the living world:

We also tend to use the inanimate pronoun “it” for animals and plants, yet both animals and plants have sophisticated sensory systems and communication methods or “languages” of their own. Plants, which are often considered the least animate of all living beings, (as if animation could be a sliding scale!) communicate warning signals to other plants through “smell”; adapt their defense mechanisms according to what they learn from “tasting” specific pest saliva; recognise when to burst into bloom by “seeing” the increasing daylight hours; “hear” the screaming vibrations of a thirsty tree; co-ordinate their seed production efforts; and support each other through sharing nutrients via an underground fungal network. Maybe we aren’t the only species to have a language. We just haven’t learnt to speak the languages of other living beings yet.

This is where I think The Ecologist magazine has it right. Ecology comes from the Greek word oikos meaning home and refers to the study of the living world and all its interdependent relationships. Within the context of ecology, the self-proclaimed homo sapiens is in fact the newest kid on the block. Indigenous cultures teach gratitude for everything the living world offers and shares with us, not entitlement to “natural capital”. For indigenous people, plants and trees came first and are our respected elders and teachers. We should be looking to our elders for advice instead of assuming, as a typical teenager would, that we know everything and can solve the world’s problems with more of our own “skill” and “knowledge”.

If only we were to shift our perception of nature to being the home we share with our whole family. Would we litter in our own home? Would we apply the plough to cut off the life support systems for our oldest relatives? Would we poison other relatives with pesticides? Would we constantly raid the family bank without offering anything in return?

Living so far from other living beings as we do, behind the walls we have created for ourselves, we have so much still to learn about our planetary home and living friends and relatives that it is often difficult to know how best to act ecologically. But thinking ecologically is straightforward and it costs us nothing to start. Simply by thinking ecologically, we can create a wholesale culture change that will effortlessly foster more ecological behaviour to tackle climate change and biodiversity loss.

Putting it into practice

In trying to put this into practice I reach the first hurdle when I look at my own “sustainable procurement” business, Tried & Supplied. We can’t change our wording to “ecological procurement” or even “responsible procurement” yet because “sustainable procurement” is what our customers still use to search. The change will have to start on social media and in articles like these, before it infiltrates people’s vocabulary and ultimately their searches. Already thought leaders like The Guardian have made a great start by publicly changing their linguistic style guide to prefer “climate emergency” over “climate change”. What we need is a wholesale revision of linguistic style guides across major publications to help us reframe our view of the world for a better future.